Chocolate is Driving Monkeys to Extinction

Chocolate is Driving Monkeys to Extinction 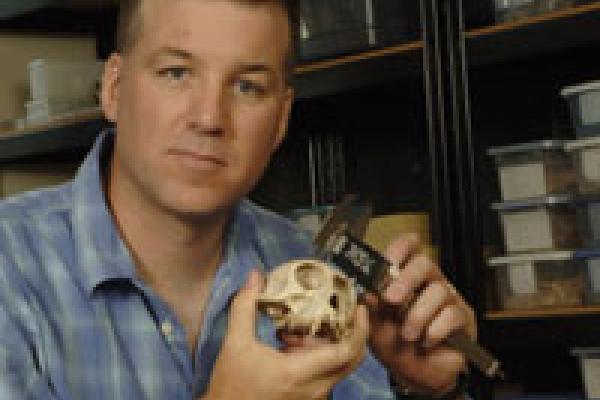 W. Scott McGraw, professor of anthropology and director of the Taϊ Monkey Project, Ivory Coast, is co-author of a new study finding that endangered primates in national parks and forest reserves of Ivory Coast are facing extinction because of illegal cocoa farms.

The Ivory Coast is the largest producer of cocoa beans, providing more than one-third of the world’s supply (in the year that ended in September, Ivory Coast produced a record 1.7 million metric tons of cocoa, according to the International Cocoa Organization in London).

For this study, the research team surveyed 23 protected areas in the West African nation between 2010 and 2013 and found that about three-quarters of the land in them had been transformed into illegal cocoa production.

“Of the 23 protected areas, 16 of them had more than 65 percent of their forests degraded by farms, logging or other human disturbance,” said McGraw. “While a variety of agricultural products were grown illegally in the parks, cocoa constituted 93 percent of the total crops grown.”

Overall, 20 of the protected areas had illegal cocoa plantations and approximately 74 percent of the total land in these areas was transformed into cocoa production.

“When we started walking through the protected areas we were just stunned by the scale of illegal cocoa production,” said McGraw. “There are parks in Ivory Coast with no forests and no primates, but a sea of cocoa plants.”

The impact of illegal cocoa farming on primates has been devastating.

Thirteen of the protected areas (57 percent) have lost their entire primate populations, while another five had lost half of their species.

One species of monkey – Miss Waldron's red colobus – was not seen during this survey and has not officially been sighted since 1978. McGraw suspects that it is probably extinct.

Two other monkeys – the Roloway monkey and the White-naped mangabey – were seen in only two reserves and are critically endangered, at least partially due to the habitat destruction caused by illegal cocoa farms.

“The Roloway monkey may be the next to go extinct,” McGraw said. “It is not able to live in the degraded habitats that are left in many of these protected areas.”

McGraw and his co-authors spent a total of 208 days walking transects through nationally protected areas, most in the central and southern regions of the country. In each area, they noted the amount of forest that had been cut down or degraded and how much of this was replaced by cocoa or other types of farms. They also recorded the presence of 16 primate species, including monkeys and chimpanzees.

“I’ve been doing survey work in these parks for 20 years, and it wasn’t nearly this bad when I started,” McGraw said. The world’s demand for chocolate has been very hard on the endangered primates of Ivory Coast.”

McGraw offers a stark assessment of the likelihood of survival of the monkeys if illegal cocoa farming goes unchecked.

“Complete deforestation would constitute a death knell for most primates,” said McGraw. “If these animals disappear from these protected areas, we lose one of the few remaining opportunities to witness first-hand the interaction between primates, their behavior and their habitat.”

Can anything be done to slow the acceleration of deforestation and primate extinction?

According to McGraw, shaded cocoa agroforestry, which does not involve the total removal of trees, has been shown to provide comparable revenues for farmers while preserving elements of habitat critical for primate populations.

Whether or not this scenario is ideal or applies to primates in different regions of the world is not yet known. However, for McGraw and his co-authors, the existence of the cabrucas suggest that crop production and modified habitats able to support primate populations need not be mutually exclusive.

“If we are unable to safeguard wildlife from illegal cocoa farming and hunting inside areas designated for their protection, what hope do we have of ensuring their survival outside forest reserves and national parks?”

For more than 25 years, McGraw has been observing and documenting the behavior of a community of West African monkeys living in the Taϊ forest of Ivory Coast.

McGraw has been involved with the Taϊ Monkey Project since 1991, when he conducted field work there as a graduate student. He became the project’s director in 2003. His staff of seven is charged with protecting over 1,000 monkeys across hundreds of hectares of forest, seven days a week, 24 hours a day.

If you are interested in establishing a fund to support Ohio State’s presence in the Taϊ Sanctuary, contact McGraw at McGraw.43@osu.edu / (614) 688-3794.