Teeth as tools among Early Modern Humans and Neanderthals

Teeth as tools among Early Modern Humans and Neanderthals 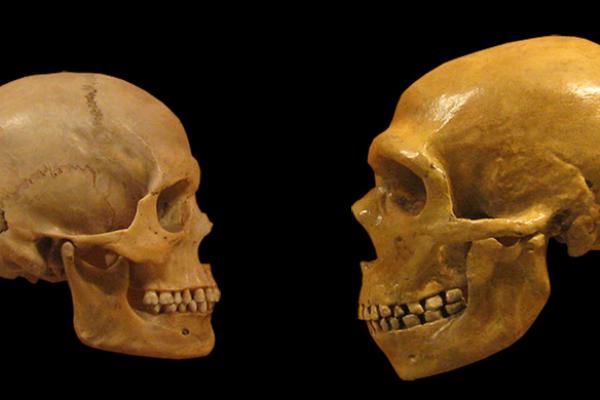 Have you ever used your teeth to open a tricky package of chips? Or had your hands so full that you use your mouth to hold something instead? You’re not alone—this behavior was practiced by both early modern humans and Neanderthals. This behavior is only one out of a list of similarities between the two groups, and was only recently confirmed in a PLoS ONE article released this month by Kristen Krueger (Loyola University Chicago) and colleagues.

Dr. Debbie Guatelli-Steinberg, anthropology professor and author of "What Teeth Reveal About Human Evolution," was asked by NOVA to comment on the recent study by Kreuger and colleagues. Dr Guatelli-Steinberg notes that “In many cases...using teeth as tools was likely a clever, expedient thing to do,” and even though “there may be many other behavioral differences [between us and Neanderthals]…. this wasn’t one of them.”

For more information on this study, including how researchers were able to come to this conclusion, see the article published by NOVA: https://www.pbs.org/wgbh/nova/article/neanderthals-early-modern-humans-teeth-tools/