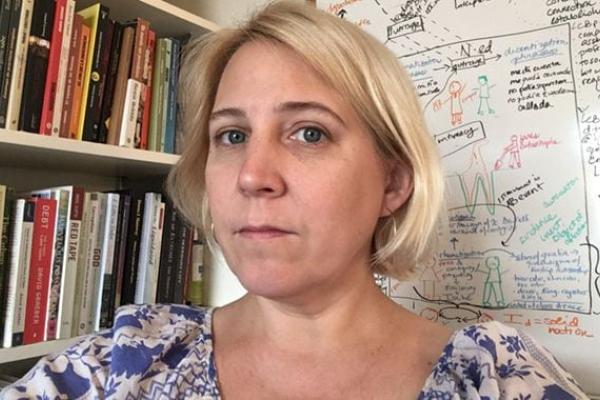 Dr. Sarah Muir, Assistant Professor of Anthropology, Gender Studies, and International Studies at The City College of New York, Assistant Professor of Linguistic Anthropology at The Graduate Center of the City University of New York, and author of "Routine Crisis: An Ethnography of Disillusion" will be joining the Crisis, Uncertainty, and History: Trajectories and Experiences of Accelerated Change lecture series with her talk “When Crisis Becomes Routine: Notes from Argentina, 2001-2022.”

Register for the event HERE.

Abstract: At the beginning of the 20th century, Argentina seemed to embody the hopeful promise of modernity: a fast-growing and democratizing country of immigrants where anyone could find work and build a prosperous future. Over the next hundred years, repeated political-economic crises rendered that promise more and more outdated, a process of obsolescence that culminated with a massive financial crisis in 2001-2002. In those years, half the population plunged beneath the poverty line, there were deaths from malnutrition in one of the most agriculturally productive nations on earth, the country declared the largest sovereign default in world history, and the value of its currency declined overnight by three-quarters. A seemingly endless stream of historical research has sought to explain this dramatic, century-long transformation by attributing causation to factors such as populist politics, international finance, oligarchic monopolies, mistaken monetary policies, and cultural predilections, just to name a few. Whatever its causes, one result has been that, in the aftermath of 2001-2002, a wide range of Argentines took up the paradoxical historical stance of routine crisis, in which crisis is unsettling and unmooring but utterly unsurprising, and in which the future is not one of assured progress but of inevitable decline. Building on an engagement with the past twenty years in Argentina, this talk considers how the concept of routine crisis can offer analytical purchase on the political impasses and obsolete commitments that inhere within other contexts—a continually evolving pandemic, a looming climate catastrophe, a rising tide of neofascism, perhaps—in which the capacity to imagine the future is structured by the grim sense that, as bad as things may be, something worse is on the horizon.