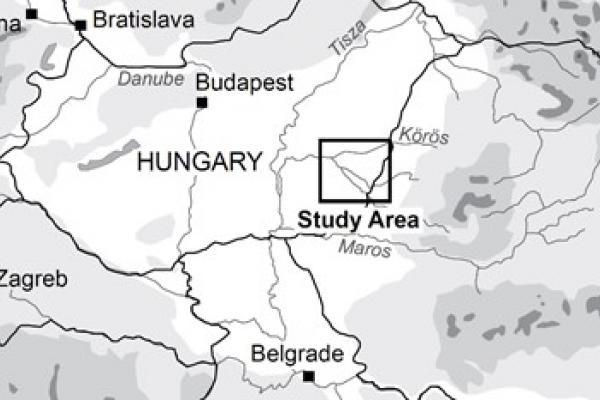 The transition from the Neolithic period to the Copper Age in the northern Balkans and the Carpathian Basin was marked by significant changes in material culture, settlement layout and organization, and mortuary practices that indicate fundamental social transformations in the middle of the fifth millennium BC. Prior research into the Late Neolithic of the region focused almost exclusively on fortified tells. The Early Copper Age, by contrast, was known primarily from cemeteries in northeastern Hungary.

The two adjacent villages at Bikeri, located only 70 m apart, were similar in size, and both were protected with fortifications. Relative and absolute dates demonstrate that they were occupied sequentially during the Early Copper Age, from ca. 4600–4200 cal B.C. The excavated assemblages from the sites are strikingly similar, suggesting that both were occupied by the same community. This process of settlement relocation after only a few generations breaks from the longer-lasting settlement pattern that are typical of the Late Neolithic, but other aspects of the villages continue traditions that were established during the preceding period, including the construction of enclosure systems and longhouses.