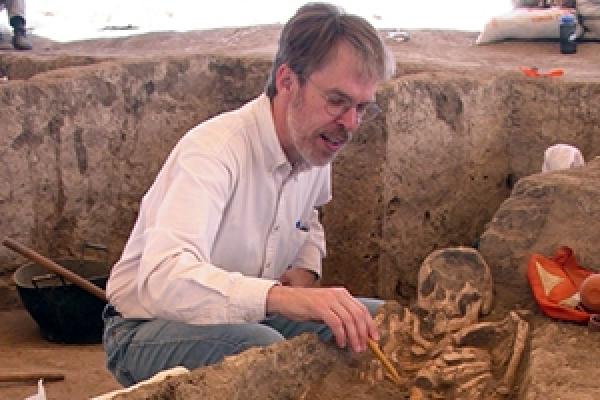 Distinguished University Professor of anthropology Clark Larsen was awarded the 2019 Cozzarelli Prize from the journal Proceedings of the National Academy of Sciences (PNAS), an honor given to just six out of a selection of more than 3,300 submitted papers last year.

The Cozzarelli Prize is awarded annually to six research teams whose PNAS articles have made outstanding contributions to their fields. The winners represent exceptional scientific achievement, originality and innovation in their fields.

Larsen’s article, based on his research into the ancient city Çatalhöyük, located in present-day Turkey, detailed how the city dealt with modern problems, including overcrowding, infectious disease, environmental issues and violence. Çatalhöyük had 3,500 to 8,000 citizens at its peak more than 9,000 years ago.

“This was very welcome news,” Larsen said. “We thought we had a pretty compelling outcome to our 15 years or so of this field and lab-based program, and the results presented in the article made a compelling case for the health and lifestyle changes associated with increasing reliance on farming, population growth and demands on resources.”

Making his winning the Cozzarelli Prize even more remarkable, Larsen’s article was the first he ever submitted to PNAS. Larsen was elected to the National Academy of Sciences in 2016.

“I had no idea or could fathom that the article would be selected,” Larsen said. “It is one of those things one doesn’t think about since the award is such a prominent one. Our research team was surprised and honored to receive the award, but more important is the satisfaction that we get from doing the research.”

Larsen began his fieldwork at Çatalhöyük in 2004, studying human remains as part of an international group that also included researchers from France, Turkey, Switzerland, England and Canada as co-authors on the paper.

“The impact on me has been both one of personal and professional growth,” Larsen said. “The setting that we write about in the PNAS article is a microcosm of what is to come for later humans and their growing dependence on domesticated food resources, population growth and overcrowding — circumstances that are continuing today. These explain at least in part the increasing challenges to feeding the world’s inhabitants and solving health challenges, especially those related to infectious disease and compromises to nutrition.”